On June 14, 2014 Georgia has signed “on the one hand Georgia and on the other hand European Union and Europe Atomic Energy Community and between their member states agreement on association, which has been ratified by the Georgian Parliament on July 18, 2014.
According to 361 Article of the Agreement, Georgia shall conduct harmonization of National Legislation to European Union legislative acts referred to in annex XXXII of the Agreement. The EU documents regarding qualifications and quality assurance are among them. Recommendation of the European Parliament and Councils of May 22, 2017, “on the elaboration of European Qualifications Framework for lifelong learning”  is very important for entire education system. This document is a tool that supports transparency, comparability and recognition of qualifications on the European level based on learning outcomes. The principle of abovementioned document is to support qualification systems and lifelong learning based on learning outcomes.
Accordingly, the National Center for Educational Quality Enhancement has started the process of education system analysis in 2014.
As a result of this process, in 2017, the revised National Qualifications Framework and the Classification of Classification of Documents of Classes were prepared. The package of legislative amendments was also prepared for the project approval.

The scheme of education of Georgia is based on the European meta-frameworks (QF-EHEA; EQF-LLL) and provides lifelong learning. 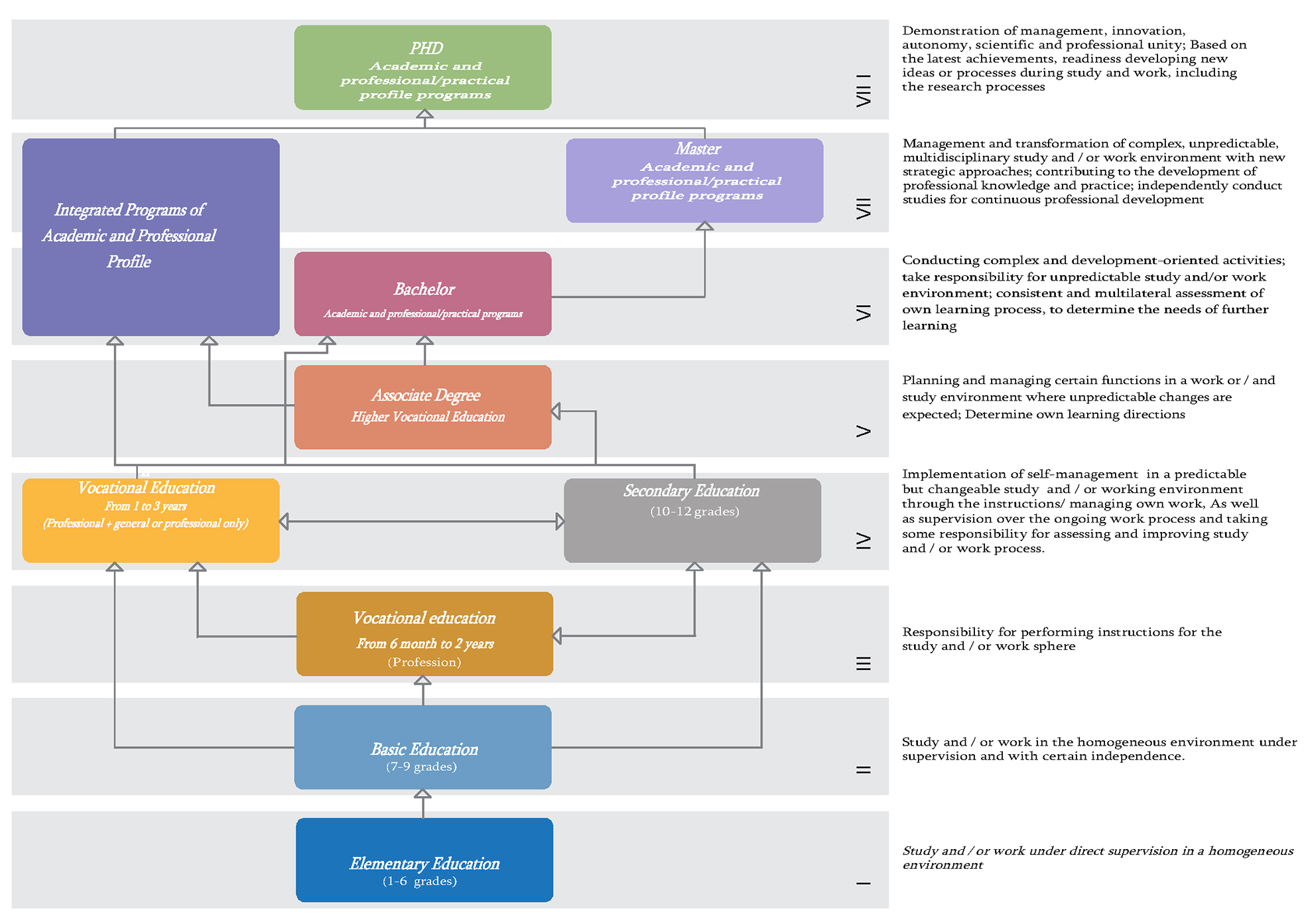